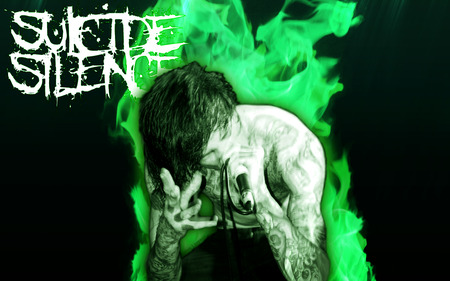 It is with great sadness and regret that we have to report that Mitch Lucker, vocalist of SUICIDE SILENCE, passed away a few hours ago due to injuries sustained during a motorcycle accident.

We would like to offer our condolences to his family, friends, band members, fans worldwide, and everyone at Nuclear Blast Records and Century Media Records, who are affected by this loss.

He left us doing what he loved to do most (apart from music). He had just turned 28 years old and will be sorely missed.

Here is a collective statement from the band:

"There's no easy way to say this. Mitch passed away earlier this morning from injuries sustained during a motorcycle accident. This is completely devastating to all of us and we offer our deepest condolences to his family. He will be forever in our hearts.

Fans are encouraged to share their memories, photos of Mitch and condolences on the band’s official Facebook page: www.facebook.com/SuicideSilence

Here is one of the last interviews that Mitch ever did:

Related links:
Official Site of Suicide Silence
Brought to you by HornsUpRocks.com at 2:32 PM