Video Premiere of "Eye For An Eye" by OLOM

OLOM is a band that is constantly redefining the direction of Heavy Metal. In the midst of soaring guitars, thunderous bass lines and gritty lyrics, they are tasteful and unpretentious. This is a group that is not afraid to take risks and fearless of saying the uncomfortable things. At ease with being themselves, OLOM is a psychological representation of all that is Metal.

Today we are proud to debut their brand new video titled "Eye For An Eye"! The video was shot and directed by Steve Lars and edited by Jo Schüftan of Horns Up Rocks! 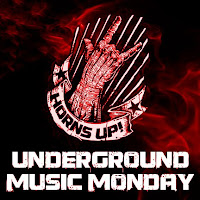 Just imagine wandering through the darkness and finding a pool of molten lava -- too hot to touch, but too insane to ignore. The pain involved in the reality of getting burned and the comfort of wounds being soothed. One could almost say that each track on their current CD is an exercise in how to push the limits of musicality, instrumentation and human tolerance. Be forewarned, the picture painted in your mind as you listen to the musical progeny of OLOM may challenge what you thought you believed. 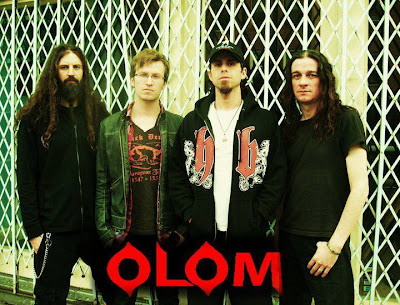 Related links:
OLOM on Facebook
OLOM on Reverbnation
Brought to you by HornsUpRocks.com at 3:42 PM