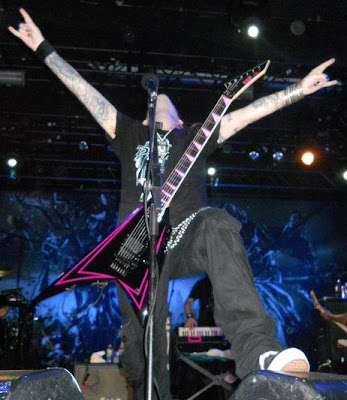 CHILDREN OF BODOM (also known as COB) have inked a worldwide recording deal (excluding Japan) with Nuclear Blast Records. The celebrated Metal label -- who worked with the band over the early stages of its career -- is proud to announce the renewed partnership with the world famous band. COB, who kicked off a year long celebration of its 15th anniversary with a successful North American tour alongside label mates ELUVEITIE, have a NEW studio album planned for release in 2013.

"We had a good, productive and long run with Spinefarm Records for fifteen years and now it’s simply just time for a change," said CHILDREN OF BODOM frontman/guitarist Alexi "Wildchild" Laiho. "I’m absolutely stoked to start the NEW chapter of COB's career with Nuclear Blast and look forward to working with them."

"Personally, I am so excited to get to work with Nuclear Blast again." adds COB bassist player Henkka T. Blacksmith. "We have such good memories from the beginning of our career with them. We know the people already and we know how committed they are in doing Metal!"

Nuclear Blast Europe A&R rep Jaap Wagemaker shares: "15 years ago we were introduced to a very young band from Finland who blew us away with their track ‘Deadnight Warrior’ from their debut album 'Something Wild' - and their music was indeed something wild! Fast-tapping guitar work combined with incredible keyboards and angry vocals… it was the start of the career of CHILDREN OF BODOM. Nuclear Blast released their first three albums outside of Finland: 'Something Wild', 'Hatebreeder', and 'Follow The Reaper', albums that became classics in the history of Metal. Unfortunately, after the third album, we went separate ways but we have always been following them and stayed in contact. CHILDREN OF BODOM became a very big band worldwide and now the time has come to welcome them back home! We at Nuclear Blast are very happy to see CHILDREN OF BODOM rejoining the Nuclear family and are looking forward to working their next albums. You can be sure that ‘something wild’ will come your way!" 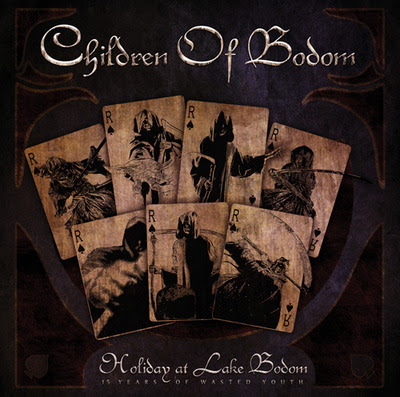 Related links:
Children Of Bodom
Brought to you by HornsUpRocks.com at 11:17 AM