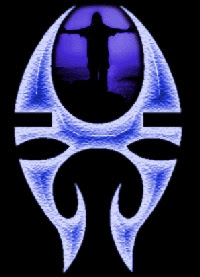 Wow, we are very glad to hear that the members of the SOULFLY tribe are fine, following a very scary situation while flying back from Japan to the United States via airplane. The band wrapped up their Asian tour last night (October 23) at the Hollywood Awards in Bangkok, Thailand, which served as drummer David Kinkade's (formerly of BORKNAGAR, ARSIS and MALEVOLENT CREATION) final show as a member of SOULFLY. Kinkade announced last week that he is retiring from music. Read his statement HERE!

Here is a statement from the bands manager Gloria Cavalera (Max's wife) regarding this near death experience:

"I just want to say thank you God for keeping us on this blessed Earth!! As we were leaving Tokyo's Narita Airport this afternoon, the auxiliary engine, which does many things... one of them is send the air into the aircraft's engines to keep them running, overheated and shut off. If it would have happened 20 minutes later, we would most likely be at the bottom of the ocean, with divers looking for the black box!! Luckily, it shut down before we lifted off, and here we all are, in a hotel fbing (Facebooking)!!! Thanks God, for sparing us all and not letting the Grim Reaper collect his debt!!!"

We are very happy to hear that the members of the SOULFLY tribe are OK! Please don't forget to count your blessings! \m/

Related links:
Soulfly's Official Site!
Brought to you by HornsUpRocks.com at 11:19 AM