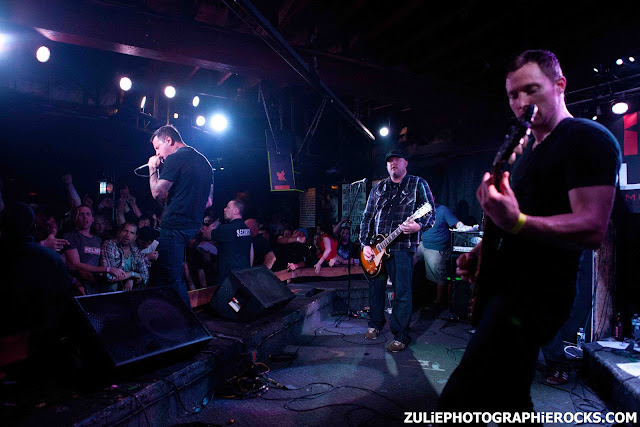 On Friday, October 19th, VISION OF DISORDER presented their brand NEW record 'The Cursed Remain Cursed' (available now via Candlelight Records) to their hometown audience at Club Revolution in Amityville, New York (Review HERE). The event also featured performances by This Life We Live, Doomsday Mourning, Valor, Incendiary, and This Is Hell.

The record release show for 'The Cursed Remain Cursed' was also filmed for inclusion in a video documentary about the Long Island Hardcore community! Before and after the bands performance we had the chance to chat with vocalist/lyricist Tim Williams and with guitarists/co-founders Mike Kennedy and Matt Baumbach about the vision of the band this time around during the production of 'The Cursed Remain Cursed'. We also discussed how growing up in Long Island has shaped up who they are not only as musicians, but as hard working family guys. Without further due, here is our EXCLUSIVE interview with 3/5ths of VISION OF DISORDER!

Related links:
Vision Of Disorder on Facebook
Brought to you by HornsUpRocks.com at 4:40 PM