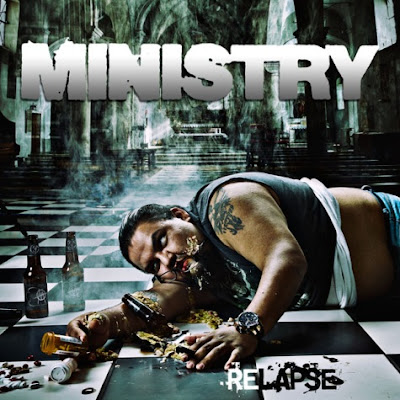 Thirty years and 12 albums later, as well as a near-death experience in 2010, Jourgensen rises as a phoenix from the ashes with Relapse -- still angry, still political and very very pissed off. Relapsing back into the music industry after a four-year hiatus, Jourgensen launches his audio assault with "Ghouldiggers," a no-holds-barred metal bullet aimed directly at the pitfalls of the industry he has survived. Everything Jourgensen predicted on Houses of the Molé, Rio Grande Blood and The Last Sucker has transpired and as we approach the Mayan calendar of the End of Days in 2012, Jourgensen, re-invigorated by the global 99 Percenters and Occupy Wall Street movement, navigates through Relapse once again as a reluctant prophet accusing, dissecting, cajoling and exhorting greed, corruption and lies.

Here is a taste of you can expect out of Ministry's NEW Album 'Relapse', this song is called "99 percenters"!

Tickets for Ministry's 2012 DeFibrillaTouR are on sale now at this location. Check out the official US tour date and venue schedule: