RAMMSTEIN To Join MARILYN MANSON At The Echo Awards Show In Deutschland! 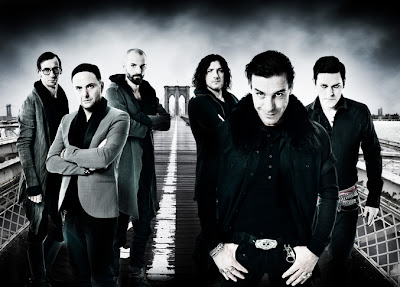 It has been announced that shock rockers RAMMSTEIN will be joining the "antichrist superstar" MARILYN MANSON at the 2012 edition of the Echo Awards to perform Manson's groundbreaking hit "The Beautiful People". The awards show is scheduled to take place on March 22nd in Berlin, Germany, and will be broadcasted live on ARD Television. Additionally, the entire event will be webcast via Live-Stream. Will this lead to a world tour featuring RAMMSTEIN and MARILYN MANSON? We sure hope so!

A glimpse of Rammstein's live performances and the full tour dates for the Made in Germany 2012 tour, can be seen below.

Related links:
Rammstein
Marilyn Manson
Watch the Echo Awards via Live-Stream
Brought to you by HornsUpRocks.com at 4:40 PM