Here is what we have to say about the "un-reunion" of BLACK SABBATH; Proceed With Caution! 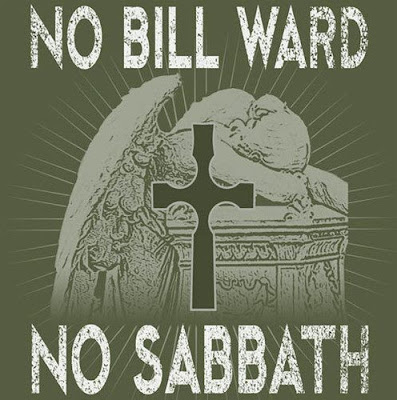 Earlier this week, legendary drummer Bill Ward announced that he will NOT be part of the upcoming BLACK SABBATH tour dates and that he will not be part of the recording sessions for the bands NEW album. Bill's decision came after being told by the SABBATH camp to “come to the UK, play for free and see how the first show goes.” Additionally, the band confirmed their hometown gig without confirming all the details with Bill? What pisses us off even more is that they were going to have Bill share the drum throne with another drummer!

What the f&*k?  While we understand that the other SABBATH members - Ozzy Osbourne, Tony Iommi and Geezer Butler - have little involvement on this type of managerial decisions, we do believe they could have stood up for their drummer! After all, they are the ones that hire the members of their camp and have the final say in any of the bands decisions. Or do they really have no control of the poor decisions made by their management?

One of the most f&*ed up parts of the music business, is the business aspect itself. The rule of thumb is that the bigger a band/artist is, the bigger the business assets become. When this happens, it is inevitable for a band/artist to become a corporation. While we understand that this is how a established band/artist is able to keep growing and to be able to keep up with the demand of the public, very often the ones that suffer the consequences behind radical business decisions are the fans!

In this particular situation, NOBODY wins! The remaining members of SABBATH now have to carry on with a "reunion" that is turning out to be a fiasco, and they know that the NEW album will not be the same without Bill Ward. Then all the fans that are going to go see the band live, will NOT get to see the original lineup! We hope somebody within the SABBATH camp comes into their senses and that Bill is treated respectfully, and most importantly as the professional he is. Bill has made it clear that the door is still open, but that he wont be eating s&*t! We absolutely support his decision!

Related links:
Black Sabbath
Brought to you by HornsUpRocks.com at 11:08 AM