Lamb Of God Unleash Album Teaser For ‘King Me’! 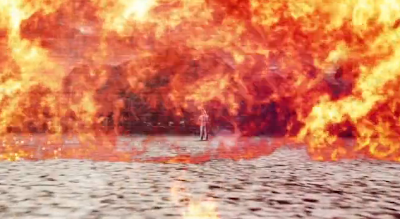 Following two album teasers featuring the songs ‘Ghost Walking’ and ‘Desolation’, Lamb Of God releases today the final teaser for the CD 'Resolution', set for release on January 24th. This video features the song ‘King Me’, which closes the CD. The track, one of the most musically ambitious the band has ever put forth on CD, features a full orchestra as well as opera singer Amanda Munton.

RESOLUTION Trailer from Lamb of God on Vimeo.

Lamb Of God's seventh album, can now be pre-oredered on iTunes. The pre-order will include two tracks not available on the physical CD. One track is a studio track, ‘Digital Sands’, recorded during the 'Resolution' sessions, and the second track is a live version of ‘Vigil’, recorded’ during the Wrath world tour.

In conjunction with the release of 'Resolution', Lamb Of God will commence their two year 'Resolution' tour with six east coast club shows. The band will also be doing in-store signings in four of the cities on show days. Details of these signings will be released the first week of January.

The club dates are:

Support on all shows except Richmond will be The Acacia Strain and Too Late The Hero. Following the club shows, the band starts the Pacific portion of the 'Resolution' tour ending with the band’s first ever show in Alaska.

From there the band will head over South America and Mexico. Here are those tour-dates:

Pre-orders for the new album are available now at www.lamb-of-god.com/resolution and will feature multiple premium bundles. Anyone who pre-orders from iTunes or the LAMB OF GOD website will get the single ‘Ghost Walking’ as an instant gratification track. 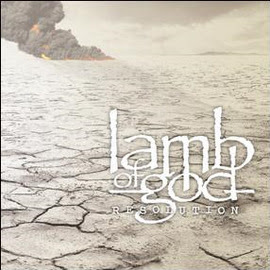 Here is the track-listing for "Resolution":

Related links:
Lamb Of God
Lamb Of God of Facebook
Brought to you by HornsUpRocks.com at 11:34 AM