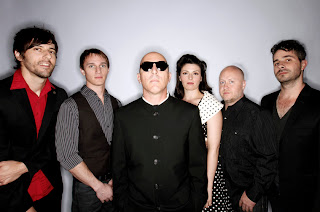 Puscifer, the eclectic music-meets-comedy troupe helmed by Maynard James Keenan (Tool, A Perfect Circle), have added two dates to their upcoming Conditions of My Parole tour: March 16 at The Palace of Fine Arts in San Francisco and March 17 at Fox Performing Arts Center in Riverside, Calif.

Tickets for the March 18 Escondido and aforementioned San Francisco date are on sale Friday, January 13 via venue box offices, as well as Ticketmaster and Live Nation websites. A limited number of VIP packages, featuring wine tastings and VIP experiences will be available simultaneously via the link below. On-sale information for the March 17 show in Riverside will be available shortly.

The band's live performances are not to be missed. Keenan brings the unconventional atmosphere of the Verde Valley to life with a musically driven evening that merges technology, quirky characters and comedy, The Boston Globe referred to the shows as "musical theater" and the Philadelphia Weekly described the set as an "engaging performance with hilarious pre-recorded between-song skits featuring MJK alter-egos Major Douche and white-trash hero Billy D." The band celebrated the release of their sophomore album with an in-character Halloween performance on The Late Show with David Letterman.

Mar. 16 at The Palace of Fine Arts in San Francisco and Mar. 17 at Fox Performing Arts Center in Riverside, Calif.

Puscifer's sophomore album, Conditions of My Parole, was released on Oct. 18 via Puscifer Entertainment.

Related links:
Click here to purchase tickets and VIP packages
Brought to you by HornsUpRocks.com at 7:46 PM