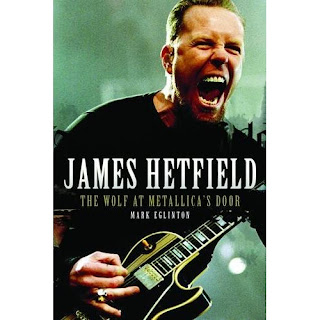 When I think about Metal, one of the first bands to come to my mind is Metallica! They where the first Heavy Metal band I listened to, when I was only 6. My friend David (RIP) would always be drawing the Metallica logo on his homework pad and when we would ask him what it was, he would quickly hide it. I kept asking him what it was with no response. Until one day in elementary school, he suddenly calls me to the area where the cubbies where. He tells me: "you have to listen to this tape by this band called Metallica, but make sure your mom doesn't see this because she will kill you!" It was a tape of Kill Em' All.

I clearly remember the day David let me borrow his Kill Em’ All tape. As soon as I got home I took my sisters Sony Sports Walkman (the yellow one) and went into my bedroom to do "homework". I hid under my bed and as soon as I pressed the Play button and heard the intro to "Hit the Lights", I was sold. I cranked up the volume and loved what I heard on both sides of the tape, especially James Hetfield’s angry and powerful voice. From that moment on I knew I wanted to be a horn thrower Metal head for the rest of my life! My mom who has always supported my passion for music, eventually bought me the Kill Em' All vinyl (my first one) and a Kill Em’ All t-shirt (my first band t-shirt). Why am I telling you this story?

Well, James Hetfield in case you don't know is the lead vocalist and rhythm guitarist of Metallica. Together with his Metallica brothers, he has gone from heaven to hell many times. He went from being a reject to becoming a multifaceted musician. When Hetfield is on fire (I don't mean when he caught fire in Montreal), nobody can touch what this man can do. He breathes fire onstage through his energetic vulgar display of power and as the show progresses he makes sure the crowd goes wilder and wilder. I had a chance to catch him with Metallica at Madison Square Garden in New York last year and it was unreal how tight the band is and with Hetfield being sober his vocals sounded amazing. I almost couldn't make it to the show, but after my daughter went to see them (it was her first Metal show) and told me how much she loved their set; I had to be there to witness it once again.

I actually ran into Jose Mangin from Sirius XM's Liquid Metal before the show and we where both more excited than a little kid on Christmas day. Together with thousands of Metallica fans, I witnessed the return of Hetfield. The return of the rabid Wolf! And what a huge comeback that was, he was on point the entire night! It was real good to see him smiling throughout the entire set. As we all know, Hetfield had a battle with alcoholism that he recently conquered. To me this is almost more inspirational than the music he has created with Metallica. Today, Hetfield means business!

We are all obviously interested in getting to know Hetfield more personally, because needless to say he is a man with an amazing amount of history behind him. I honestly don't think there is a band out there that has gone through as much as Metallica has, and that has helped them create many successful chapters in their career. Well, this April it's time for Hetfield to add another chapter to his outstanding career.

Mark C Eglinton who is a well-established writer from the UK and has written many successful pieces related to music; is the author of the upcoming James Hetfield biography titled "James Hetfield: The Wolf At Metallica's Door". This biography will be filled up with exclusive content about Hetfield, including input from those close to him. The biography will not only talk about the story of Metallica, but it will also offer a breakdown of James Hetfield as a person, told by those who know him at a personal level.

According to author Mark C Eglinton: "A must read book for metal and music fans alike, it's a landmark biography featuring Foreword by legendary Bay Area frontman Chuck Billy of Testament..."

Simply put, this is a must buy, must read type of book. Find out why Metallica is the biggest and most successful Heavy Metal band in history and will never be surpassed. Find out how they have sold over one hundred million records to date and why they have one of the largest worldwide fan-bases. All this and more on "James Hetfield: The Wolf At Metallica's Door".

I want to dedicate this article to my good childhood friend David Alvarez (RIP).

PRE ORDER your copy of "James Hetfield : The Wolf At Metallica's Door" now!

Learn how to draw the Metallica logo

Brought to you by HornsUpRocks.com at 1:06 AM