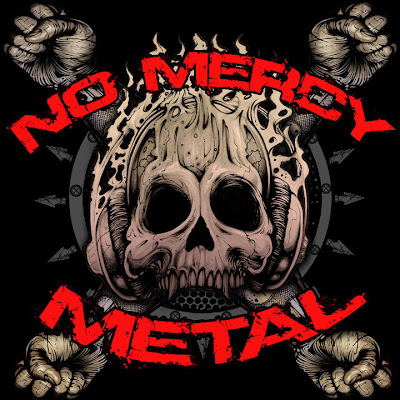 Tomorrow in Brooklyn, Club Europa will host the first No Mercy Metal Showcase of 2011! Once again the show is going to be a metallic union and will feature some of the best up and coming Heavy Metal bands in the tri-state area. Additionally, the band that puts on the best show will get some media exposure and the chance to play a bigger show in the near future. The event will be hosted and DJ'ed by New York Heavy Music titan Tim Martinez (A.K.A. Tim No 37), who will be spinning some heaviness in between sets.

ALL AGES, WITH STATE ID!

What is the No Mercy Metal Showcase? This videos should give you an idea:


Related links:
No Mercy Metal
Official Facebook Invite
Club Europa
Brought to you by HornsUpRocks.com at 1:50 PM No comments: 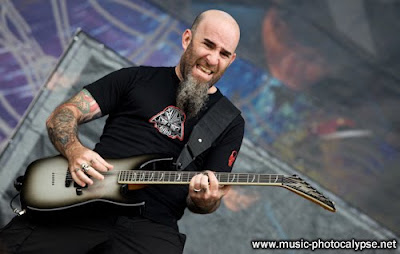 It was announced today that Scott Ian from Anthrax will be missing 11 upcoming tour dates (from July 2 to July 16) during Anthrax's European and U.K. tours this summer. During this time, Ian will be replaced by Andreas Kisser from Sepultura. The reason? Scott and his wife Pearl are expecting their first child. Congratulations!

Here is the OFFICIAL statement from Scott Ian:

Hello my friends, how are you all? I hope you’re all kicking ass.

I know there’s been a lot of rhetoric out there regarding upcoming Anthrax shows, Big Four and otherwise.

I’ve been debating on whether or not to make a public statement about this, as it really pertains to my personal life and I generally like to keep that personal. Because this is affecting my band life, I feel like you, my friends, deserve to hear from me personally.

I will be playing the Big Four show on April 23 in Indio, Calif., as well as the shows in Manila, Bangkok and Japan that will follow the Indio show.

I won’t be playing the shows scheduled from July 2-16 in Europe and the U.K. My wife, Pearl, and I are expecting our first child, and she is due literally the day of the Big Four Sonisphere show in France.

This decision to miss these shows was a deeply personal one. I co-founded this band on July 18, 1981, and for almost 30 years I have been there for everything we’ve ever done. I have never been faced with anything that would make me even question being there for anything Anthrax-related. Becoming a father is the biggest, best thing that’s ever happened to me, and it made the decision relatively easy. My priority is with my wife and the birth of our first child.

As soon as I was faced with this decision, I knew, as Freddie Mercury so eloquently said, “The show must go on.”

I started thinking about guitar players I knew; guys that I am a fan of; guys that I respect; guys that headbang like Angus was watching them; guys that I listen to and who I thought had the spirit to enable the show to go on.

This wasn’t a hard decision at all. I asked the rest of the band what they thought, and we were on the same page. 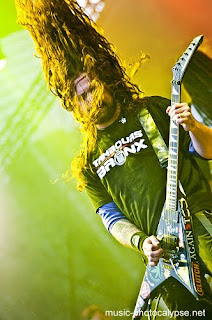 We chose Andreas because we feel he can do the gig better than anyone. He has the fire, the attitude and the crushing right hand to do the gig. I’ve played with Andreas at the Roadrunner 25th anniversary show, and I’ve gotten up and played with Sepultura, and we are kindred spirits. We both play every show like we’re going to jail the next day; like it’s the last show we’ll ever play. He has what it takes and he has the experience and history to fucking bring it and make these Anthrax shows something special. I can’t wait to see and hear it for myself!

This year will bring our tenth Anthrax studio record, featuring the return of the one-and-only Joey Belladonna. We’re hard at work finishing it and I can say that from the tracks I have heard, it is going to tear your fucking heads off. I’m looking forward to getting back on the road with the band that is now better than we’ve ever been, and to seeing all your sick faces and banging heads.

Here are the tour dates that Scott Ian WILL play at:

Here are the tour dates in which Andreas Kisser will replace Scott Ian:

Related links:
Anthrax
Music Photocalypse
Brought to you by HornsUpRocks.com at 5:31 PM No comments: 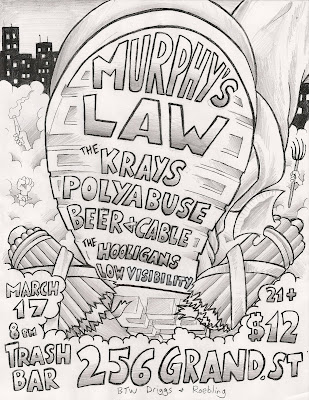 We want to wish all of you a HEAVY and safe St. Patrick's Day! Make sure you don't drink and drive! Last thing you want is to hurt yourself or someone else, or to end up cuffed up and in the drunk tank without a license and feeling like an idiot. If you are in the New York metro area, you should join the Horns Up Rocks crew and head over to The Trash Bar in Brooklyn for the Murphy's Law annual St. Patrick's Day takeover. We may not be Irish, but we do know how to party and we also know that Jimmy Gestapo knows how to host a party! Maybe because he is Irish?

Last year we celebrated this alcoholic day with Murphy's Law (also at The Trash Bar) and it was a full blown party full of good times, plenty of Jagermeister, good looking people and plenty of party treats! Joining Murphy's Law this year are The Krays, Polyabuse, Beer & Cable, The Hooligans and Low Visibility.

Additionally, The Trash Bar will be celebrating their 7th year in business, do you really need any more reasons to join us?

Here are all the details you need for this party!

Related links:
Murphy's Law
The Trash Bar
Brought to you by HornsUpRocks.com at 9:51 AM No comments: 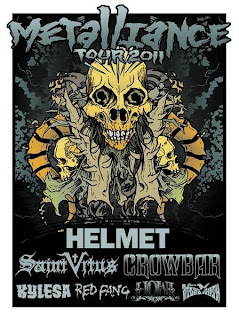 Are you ready for the 2011 "Metalliance" tour? Make sure you warm your neck up for some serious headbanging, cleanse your liver, gear up for some good times, and for gods sake put on some damn deodorant! Starting tomorrow in Dallas (A.K.A. Pantera land), and going from coast to coast for the next month, this tour promises to be one of the best of the year. The event will be headlined by New York legends Helmet, who will be joined by Saint Vitus, Crowbar, Kylesa, Red Fang, Howl, and Atlas Moth!

This not to be missed tour was put together when music industry veteran Steve Seabury (author of Mosh Potatoes) got bored and decided to make his childhood dream a reality. His dream? To throw a kick ass Rock show with some of his favorite bands. Judging from the lineup, part of his dream is already a reality. But now the fans need to represent our awesome music and sell out all of the shows! This will makes Steve and the rest of the "Metalliance" team, dream awake! 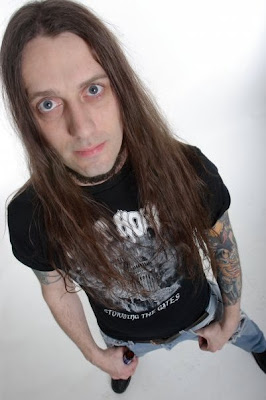 Do you want to find out what inspired this tour? Check out this EXCLUSIVE interview we did with Steve Seabury in which we discuss the "Metalliance" tour, his book called "Mosh Potatoes", his band "Moth Eater" and much more! \m/

We want to thank Steve, the Metalliance team, and Bill Meis over at eOne Music! \m/

Related links:
Metalliance Tour
Mosh Potatoes
eOne Music
Brought to you by HornsUpRocks.com at 11:53 AM No comments: 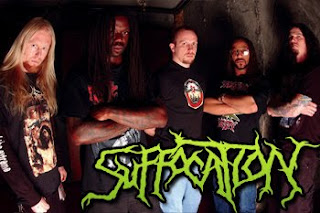 The legendary Death Metal band Suffocation has been busy working on their seventh studio album, which is the follow up to their most recent album titled "Blood Oath". While the fans wait with great anticipation, the band has decided to perform two special shows in May and September.

Their show in New York City will take place on May 5th at Santos Party House in New York City. Joining Suffocation will be Misery Index. You can purchase tickets by clicking HERE!

The band will also be performing at La Respuesta in Santurce, Puerto Rico. Believe it or not, the Heavy Music scene in Puerto Rico is very prevalent and we have no doubt that Suffocation will be welcomed with arms wide open, clenched fists and horns up!

Here is a killer clip for their track "Cataclysmic Purification", directed by David Brodksky (ARSIS, GOD FORBID, KATAKLYSM, SWASHBUCKLE) from My Good Eye Productions, with animation by Tim Kellen.

A Decade of Desolate 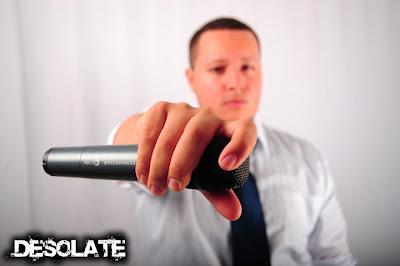 While many bands have come and go, while some musicians have risen and fallen, while some artists have given up their careers in music and various venues have shut down. New York City's Desolate has stayed true to the game for 10 years of punishing brutality!

The band was started when singer Jose Rivera and guitarist Jeff Martinez decided to add up their poder Latino and to collectively unleash it by forming a Heavy Music band that's full of aggression and good vibes. Desolate blends in elements of Heavy Metal and Hardcore in a chaotic yet harmonious way. After numerous lineup changes that threatened to disband Desolate. Rivera and Martinez stood strong and today they have a pretty solid lineup.

This coming Saturday (March 19th), Desolate will be celebrating their 10 year anniversary at Ace Of Clubs in New York City. The band will be joined by Irony Of Chaos, Perish The Thought, Embrace Agony and Sanitarius. Oh, and watch for the cowbell!

Unfortunately, due to the closing of Ace Of Clubs, the Desolate anniversary show has been postponed. Stay tuned to find out when this show will take place.

Related links:
OFFICIAL Facebook Invite
Desolate's Official Site
Desolate on MySpace
Ace Of Clubs
Brought to you by HornsUpRocks.com at 6:30 PM No comments: 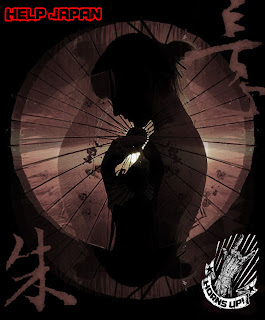 As we all know, last week the country of Japan was hit by a massive earthquake (8.9 on the Richter Scale) and like if that wasn't enough, the earthquake triggered a devastating Tsunami. While there are many ways to help the Japanese people, we wanted to share with you music junkies, a music website called "Hear Japan".

Here is a statement from "HearJapan":

"HearJapan will not be making any profit from this. In fact HearJapan will be losing money, in effect adding to the donation itself. HearJapan is a small company, but we are committed to doing everything we can to help. We feel this is a great way to get others involved, make an instantly tangible difference and also give some great Japanese music in return."

Due to the graphic nature of this content, viewer discretion is advised!

(Note: Due to rolling blackouts, HearJapan may be down for a few hours a day.)
Brought to you by HornsUpRocks.com at 10:32 AM No comments: