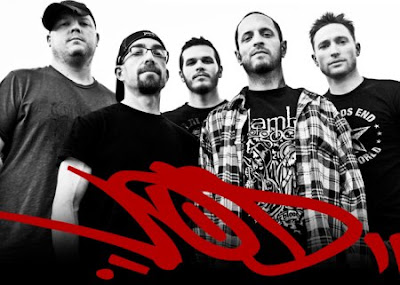 In 1992 guitarists Matt Baumbach and Mike Kennedy formed Vision of Disorder, joining them were singer Tim Williams, drummer Brendon Cohen and bassist Mike Fleischmann. Soon after the band started jamming, Fleischmann left the band temporarily. The band collectively decided to not bring another bass player on board. Eventually Fleischmann returned to the band, this is when they recorded a few demos and compilations. The response wasn't what they expected, but this didn't matter to the band. They kept working hard on their craft and in 1995 they released their seminal 7" record titled "Still" (released on Striving for Togetherness Records). This album includes the original versions of the songs Through My Eyes and D.T.O.

Around the time when they recorded "Still", they got invited to participate in a documentary about the New York Hardcore scene titled N.Y.H.C. The documentary included live performances from the band, as well as an in depth interview. This helped the band to start creating an underground following, especially within the Long Island Hardcore scene. This was enough for Roadrunner Records to offer the band a major record deal.

In 1996 they released their self-titled album, often referred to as the "green album" because of the artwork on the cover. The album was released by Roadrunner Records' subsidiary label Supersoul, and it was glorified by many old school Hardcore fans for its original sound. As a result Vision of Disorder became a worldwide phenomena. 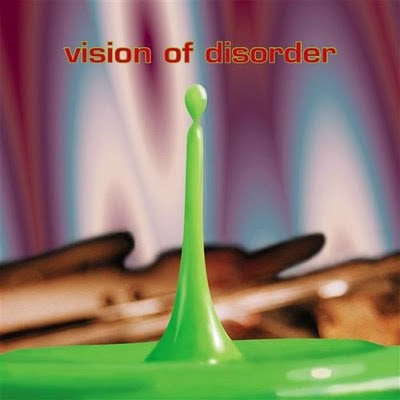 A few years later the band released their album "Imprint" through Roadrunner Records. The band pushed the envelope and created a heavier album. This made some of old school fans turn their heads away, but it also gained them a new batch of fans. This album is a lot angrier and darker than their first album. It also includes a duet between singer Tim Williams and Phil Anselmo from Pantera, Down, etc. "Imprint" was recorded in only 2 weeks, because that is what was budgeted by Roadrunner Records. As a result the sound is raw, which turned off some fans. This is when the band decided to leave Roadrunner Records.

After years of touring in support of their album "Imprint", Vision of Disorder became somewhat unnoticed within the heavy music world. As a result, they decided to go back to their roots and released "For the Bleeders". The album included 9 demo songs that were re-recorded for this record. The album was released in 1999 through independent label, Go Kart Records.

In 2001 the band decided to explore their sound and wrote "From Bliss to Devastation", an album which singer Tim Williams refers to as "the Wild-card". Released through TVT Records, the album is a blend of Vision of Disorder's signature sound combined with musical elements reminiscent of the Grunge era bands. The album is considered a commercial failure, and the fans where dissapointed at the bands new sound.

In 2002 the band was very frustrated with the treatment they were getting from the record industry and decided to take an extended hiatus. Eventually they disbanded, and singer Tim Williams and guitarist Mike kennedy formed Bloodsimple. Drummer Brendon Cohen and bassist Mike Fleischmann also started a band called Berzerkers and Karnov.

After years apart, the band reunited to play a 3 song mini-set on a show with Bloodsimple and Berzerkers and Karnov. The response was very positive and as a result the band was asked to play the 2006 Super Bowl of Hardore. That summer the band reunited for three shows, which were filmed for a DVD. In 2008 the band reunited again for a few shows, one of those shows took place at the Crazy Donkey in Long Island and the response was huge. On November 11, 2008 Vision of Disorder released their DVD titled "Dead in NY" through Koch Entertainment.

In October 2008 the band announced that they had reunited and that they were working on a new album. According to the band, they are entering the studio on September 9th of this year. The band has already written over 20 songs, and recorded a demo. They plan to record a second demo, which they will send to various record labels. According to Tim Williams, the new songs sound like Imprint, mixed with new sounds and classic Hardcore tones. The band will pick 11 songs to record for their new album. The goal is to release the new album within the next 6 months. 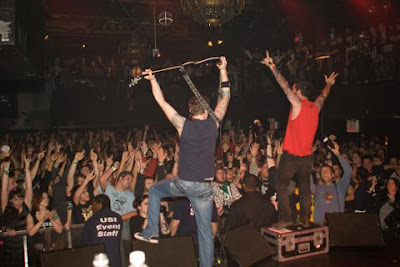 This Friday August 20th, Vision of Disorder will make its impact be felt at The Gramercy Theater here in New York City. Joining them that night will be The Judas Syndrome, Reign Supreme and Incendiary. It will be their first show in New York City since their infamous takeover at Irving Plaza in 2008. Tickets are going fast, so get yours now!

Related links:
VOD on MySpace
Official Site of The Judas Syndrome
Reign Supreme on MySpace
Incendiary on MySpace
Brought to you by HornsUpRocks.com at 10:56 AM No comments: 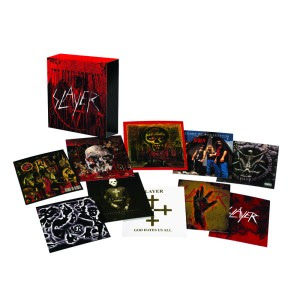 America's scariest band of all time, the mighty SLAYER, will make history again. For the first time in the bands phenomenal career, the band will release 10 original SLAYER albums from American Recordings. From those 10 albums, 8 have been out of print for years, some even for decades. This is why the band decided to put them all in a limited collectors edition black and bloody casemade box. They have appropiately named this special collectors item "The Vinyl Conflict".

This collection of mayhem includes 10 albums, ranging from 1986's "Reign In Blood" to 2009's World Painted Blood. Here is the full list:

Each album has been remastered from the original tapes and has been pressed on high quality 180-gram audiophile vinyl. The collection also includes reproductions of the original LP artwork, including inner sleeve art, all in heavyweight, litho-wrapped chip jackets.

It's perfect for the SLAYER diehards, it's all on vinyl and it's all original Slayer.

Related links:
Official SLAYER Site
SLAYER STORE
Follow SLAYER on Twitter
Brought to you by HornsUpRocks.com at 10:06 AM No comments:

Many of you have been asking how you can purchase advanced tickets for the 2010 Hixonfest! Email us your ticket requests to events@hornsuprocks.com with your contact information and we'll take care of you!

THIS IS A MOTHERF'ING INVITATION, THE ONLY ONE YOU WILL EVER NEED!!!


Horns Up Rocks and Jefferson Avenue Productions = partners in musical crime! On Friday August 27th, you have a metallic appointment with us at Ace of Clubs here in New York City. We are stoked to present the 2010 Hixonfest! Hosted by Richard Christy and featuring live performances by:

The Hixon: The Hixon are proof that if you persevere as a band, and never compromise your musical ideals, you can rise up to the occasion and make some ears bleed! This is why they recently opened for Charred Walls of the Damned in New York City and Philadelphia.

Judas Priestess: Judas Priestess is an all girl Judas Priest tribute band from New York, formed in July 2009. Their particular Halford is MilitiA, who has performed as a lead singer with Dee Snider’s heavy metal orchestra Van Helsing’s Curse, and in other musicals as Sins of a Scarecrow or Jesus Christ Superstar.

Canons: The work ethic and attitude of this band is what Horns Up Rocks and Jefferson Avenue Productions stands for. A DIY band who's main goal is to play as many shows as possible and have a great fucking time doing it. New album recorded and getting ready for release, Canons will have you banging your head til your mother fucking neck breaks!

Lies Beneath: A five-piece metal band with influences ranging from thrash, to death-metal and hardcore. With classic dual-guitar attack, a crushing rhythm section, dynamic vocals and brooding soundscapes, this band creates an undeniable presence and demands captivation from any audience.

Sealed With a Kiss: Soooo, these three bags of douche named: Sydney Rifle, Drew Adler, and Steve Rascal all met at a brothel somewhere down in Brooklyn, now they play really good music. Their favorite things in the world are: 40's and cigarettes.

As we mentioned before, we have Richard Christy from the Howard Stern Show and Charred Walls of the Damned hosting the event for the 3rd year in a row! Additionally, Frankie Scorpion from the Gypsy Queens will be hosting the Crown Ink Divas model search. We will also have girls dancing on strip poles, plenty of drinks and we are raffling 2 tickets for the Slayer take over on October 8th at Nassau Coliseum. Do you really need any more reasons to come to Ace of Clubs on Friday August 27th?

Related links:
Horns Up Rocks
Jefferson Avenue Productions
Richard Christy
The Hixon
Judas Priestess
Lies Beneath
Canons
Sealed With a Kiss
Facebook INVITE
Brought to you by HornsUpRocks.com at 8:44 PM No comments: