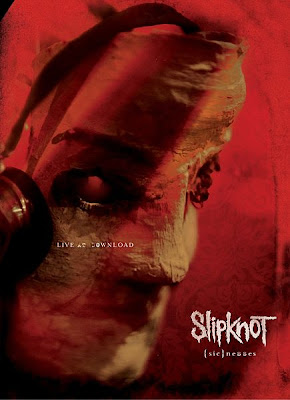 When we heard that Slipknot were headlining the Download Festival in 2009, we knew it was going to be an epic performance. Not only is Slipknot known for outperforming every single band they have played with in the last 10 years, but the UK was the first country outside of the US that opened their arms to welcome the (sic)ness that Slipknot represents. Fortunately for those who couldn't make it to their show at Donington England, there was amazing coverage produced by the team at Download Festival for a historic web-cast. This is were Slipknot chose most of the footage for their DVD titled (sic)nesses.

When it comes to visual representation, there are very few bands that capture the vibe and chaos of a concert, the way Slipknot does. As always Shawn Crahan (AKA Clown) was involved in the production of the DVD and made sure that every single moment captured, truly gave justice to the craft that made Slipknot recognized by millions of fans worldwide.

From the moment you put the DVD in your system, your eyes will be glued to the screen and scared from the insanity that Slipknot represents. Not only does the DVD feature their entire performance shot on stunning HD quality, but it also features a documentary that was directed by Shawn Crahan (AKA Clown). This documentary shows Slipknot like never before, and proves that the music always comes first for the 9, that are now 8 (bassist Paul Gray passed away earlier this year). Do your eyes and ears a favor, and check (sic)nesses out. \m/

Audible Visions Of (Sic)Nesses
A 45 minute film directed by M. Shawn Crahan, that captures Slipknot on the road and behind the scenes, during the All Hope Is Gone cycle.

IMPRINTED by Jo Schüftan (Founder of Horns Up Rocks)
Brought to you by HornsUpRocks.com at 5:43 PM No comments: 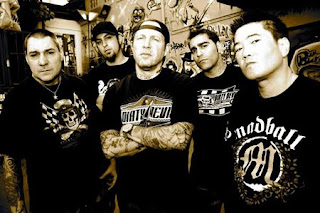 This is such an easy piece to write, that it could be done while being blindfolded and handcuffed. When it comes to New York Hardcore, Agnostic Front is still the band that everyone respects and admires. When we recently interviewed Ben Falgoust from Goatwhore and Soilent Green, we asked him about the bands that made him want to get on stage. The first band he mentioned was Agnostic Front. The reason? Agnostic Front are not just a band, they represent a cultural movement that has crossed musical frontiers worldwide. 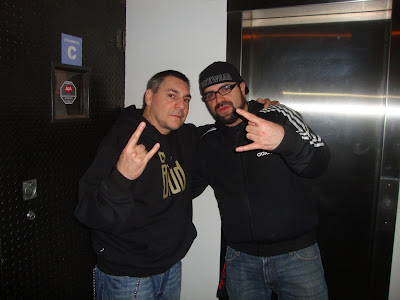 When the godfather of Hardcore music Vinnie Stigma started Agnostic Front in 1980, his vision was to create a form of music that was honest and directly from the streets. Another aspect that Stigma wanted to present to the masses was the strength and the unity behind the New York City underground culture. While many only know the "poshy" side of New York, the city was a complete different place back then. The streets were very rugged, and there was a lot of violence going on. This is what gave birth to the Hardcore Punk movement, which eventually became became the musical trademark of New York City. And without the violence and the hardship, it would have never evolved the way it did.

Agnostic Front revolutionized Hardcore music when they released "Victim In Pain", and instantly became one of the pioneers of New York Hardcore. We had the chance to see their hometown show at Santos Party Town in Chinatown, as they celebrated the 25th anniversary of this legendary album. It was a family reunion, and the band proved that they got fire for years to come. We actually spoke with Stigma after their performance, and he confirmed that they are going into the studio this November to record the new Agnostic Front album with Freddy Cricien (AKA Freddy Madball) as producer. Needless to say, the streets in New York City wont be safe once they release this album. Here are some quotes taken from the interview with Stigma! ENJOY! \m/

IMPRINTED by Jo Schüftan (Founder of Horns Up Rocks)
Brought to you by HornsUpRocks.com at 11:41 PM No comments: 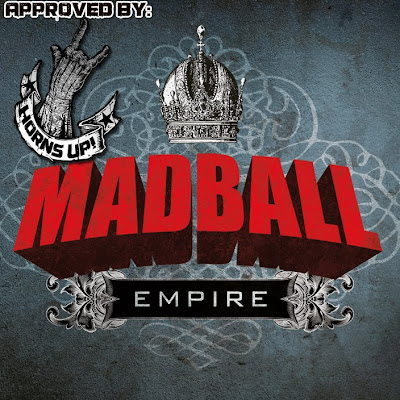 When Madball get in their zone, there are very few bands that can accomplish the pure display of honest music that this New York Hardcore band manages to display time after time. On their new album titled "Empire" their message is clear, concise and honest. Whoever knows the band personally has the most outmost respect for their work ethic and perseverance. Madball is a band that has never cracked under pressure. If anything they perform even better when that pressure element is in full effect.

For the recording of “Empire”, they stepped out of their comfort zone, drove down to Florida, and went into the studio with Erik Rutan. Rutan has produced albums for Cannibal Corpse, Six Feet Under and Goatwhore, among others. He was also part of legendary Death Metal band Morbid Angel and he is a current member of Hate Eternal. On “Empire” there is definitely a Thrash Metal vibe to the sound of the recording, but we wouldn’t go as far as saying that this is a crossover album. Madball delivers Hardcore music, because that is what they specialize in. Some may say that their musical style is generic Hardcore, but once you establish a signature sound, why on earth would you run away from what you stand for?

The record includes 18 tracks, with plenty of anthems that will definitely get the Madball heads all over the world into the pit! Overall we think that Madball did justice to their craft, and “Empire” should definitely be part of the music of collection of anyone who is into Hardcore music. And if you are not into Hardcore music, this is the record that might turn you into this awesome genre. Now Madball are ready to take their new songs too all their worldwide fans, and in the wise words of Freddy Madball (vocalist): "We are the REAL American Hardcore, you obviously don't care about us. You know who we are, but don't want to talk about us. Just so you know, we still run the show. We kept this thing alive you fucking assholes." - EMPIRE

You can pick up the new Madball across the country at Best Buy and FYE. You can also find "Empire" at your favorite local indie music retailer like Generation Records in New York City and Newbury Comics in the New England area. "Empire" can also be found at the following stores:

You can also purchase a digital copy at: iTunes and Amazon (digital & physical product both available)

Related links:
Madball on MySpace
Madball on Good Fight Music
Brought to you by HornsUpRocks.com at 5:26 PM No comments: