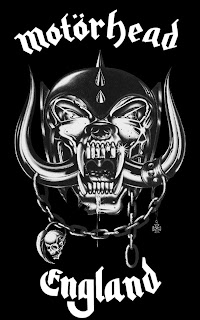 Legendary Heavy Metal band Motörhead took over the "Conan" show this past Wednesday, and as usual brought with them the swag that sets them apart from every other band. When you have Lemmy Kilmister on stage, nobody is safe, so why did CBS decide to book Lemmy and company? Well, Conan has always been a big supporter of Heavy Music, and he is definitely not known for playing it safe.

Before you watch the video of Motörhead on "Conan", here are some facts about Motörfuckinghead:

- Lemmy is the only original member, and has always lead the "power trio"

- Motörhead is considered one of the pioneers of the New Wave of British Heavy Metal, which surfaced in the late 1970s/early 1980s.

- In the early 1980s the band became well known after having several successful singles in the UK Top 40 chart.

- Their albums Overkill, Bomber, Ace of Spades, and No Sleep 'til Hammersmith, gave Motörhead the reputation of being of Britain's most kick ass rock bands in history.

Without further due, here is the video of the mighty Motörhead on "Conan":


Related links:
Motörhead
Conan
Brought to you by HornsUpRocks.com at 11:58 AM No comments: 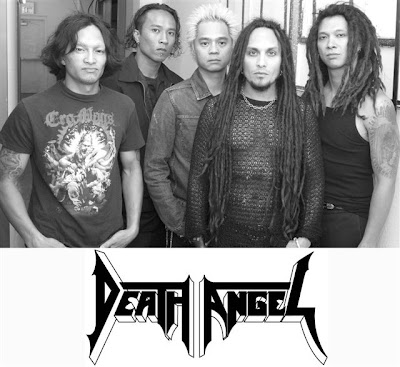 Filipino American Thrash Metal maniacs Death Angel unleashed a brand new video for their song "River of Rapture", which is part of their groundbreaking 6th studio album titled "Relentless Retribution". Released in September of last year through Nuclear Blast, and produced by Jason Suecof (Trivium, All That Remains, Devildriver, Chimaira), Death Angel proved that Thrash Metal is alive and well here in the United States.

The video was directed by the band along with Tommy Jones from "The Studio" in New Jersey. Prepare your eyes to be possessed, and your ears to bleed! \m/

Related links:
Death Angel
The Studio NJ
ITUNES Download of the video
Brought to you by HornsUpRocks.com at 4:24 PM No comments: 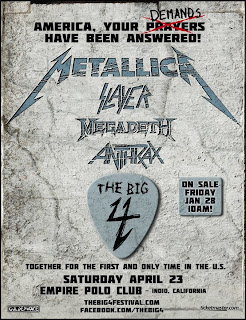 The "Big 4" of Thrash Metal are taking over California on April 23rd. After the success of last years tour in Europe, the Metallica camp decided it was only fair to have the 4 American bands performing in US soil. Joining Metallica, will be Slayer, Megadeth and Anthrax. Start warming up your necks and training your ears, for what will be a historical event in Heavy Music!

Last years "Big 4" was considered by many as the most important happening in Heavy Music!

"The MVP of 2010 in Metal is Metallica, and the reason being the "Big 4". It's Metallica that did that... obviously everyone wanted to be a part of it. But it was Metallica's James and Lars who sat down, because they are in charge of the Metallica corporation, and they made the awesome decision of doing the festival with all 4 bands. That jump started the biggest moment in Metal in 2010, which was the 4 bands performing on stage together." - Jose Mangin (Sirius XM Liquid Metal and MTV2 Headbanger's Ball)

Here is the official trailer:


Tickets go on sale on Friday January 28th at 10am PST!

IMPRINTED by Jo Schüftan (Founder of Horns Up Rocks)
Brought to you by HornsUpRocks.com at 10:25 AM No comments: 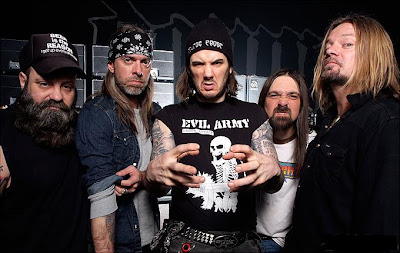 New Orleans, Louisiana supergroup Down, has just announced a few US tour-dates for this Spring! We know that some of you are skeptic about Down, since seeing Philip Anselmo and Rex Brown with another band makes you miss Pantera's fury, but Down is a band you must see live . Ever since the demise of Pantera in 2001, Down became a musical powerhouse and their lineup is unmatched:

Don't miss this chance to see one of the best Heavy Music bands today LIVE! Here are the 2011 DOWN US dates:

IMPRINTED by Jo Schüftan (Founder of Horns Up Rocks)
Brought to you by HornsUpRocks.com at 3:47 PM No comments:

This morning the following image was posted on Metallica's Official site: 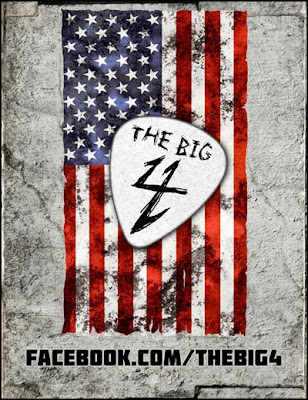 Does this mean that the "Big 4" of 80s Thrash Metal are taking over the United States? If so, where will the tour take place? Will it be a national tour ala Ozzfest? Or will it just hit a few cities? A European tour is also being planned for this summer. Regardless of when and where it happens, this will be the tour of the year! So who are the "Big 4"?

The "Big 4" teamed up in Europe last summer at the Sonisphere Festival, for a series of historical concerts. One of those concerts took place in Sofia, Bulgaria on June 22, 2010. This show was recorded and edited for a DVD/Blu-ray. It was also aired in over 800 cinemas worldwide on the same day of the festival. It is calculated that over 100,000 people experienced this concert. But it didn't stop there!

Here are some statistics about this release:

- "The Big Four: Live From Sofia, Bulgaria" debuted at number 1 on the Billboard "Top Music Videos" sales chart in November.

- The set also debuted at No. 1 in Canada, the U.K. and Austria, while entering at No. 4 in Germany.

IMPRINTED by Jo Schüftan (Founder of Horns Up Rocks)
Brought to you by HornsUpRocks.com at 9:40 AM No comments: