Sal Abruscato, former drummer of Type O Negative and current drummer for Life of Agony, decided to leave his comfort zone behind the drums and to pick up the guitar. With his guitar work in A Pale Horse Named Death’s new record, titled “And Hell Will Follow Me”, he has proven that he is more than just an amazing drummer. On songs like “As Black As My Heart” and “Die Alone”, you can clearly hear his Type O Negative roots. I am glad to hear this in his music, it makes missing Peter Steele a little easier. Sal is currently in Europe with Life of Agony, but word on the street is that A Pale Horse Named Death is holding auditions in February 2011 for the drummer and bassist spots. Right now the band consists of Sal on lead vocals/guitar and Matt Brown on guitar/backup vocals. Once this band finalizes its lineup, they will be ready to go on tour and to kick some ass on stage! This will be a good time for all concert goers.

Right now you can visit their website and enter contests to win prizes. Currently there is a contest for winning a signed copy of their new record titled “And Hell Will Follow Me”. I suggest that you listen to it from beginning to the end, and pay close attention to the very last track “As Black As My Heart”, which I personally think is their best song. 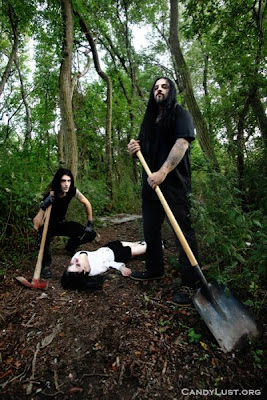 According to various sources, Sal is already writing the next album. It is refreshing to see how much dedication Sal and Matt are putting into this band for the fans, for themselves, and for the ones they miss dearly. In the sleeve there is mention about Peter Steele R.I.P. I am sure that Pete is very proud of Sal. I strongly believe that A Pale Horse Named Death will get more exposure and that they have the potential of being one of the best bands of 2011...Cheers

You can listen to the whole album right here! 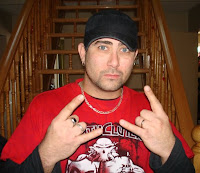 Related links:
A Pale Horse Named Death website
You can listen to the whole album right here!
Brought to you by HornsUpRocks.com at 1:09 PM

Thanks for this review and mention of this new and upcoming rock experience Johnny.