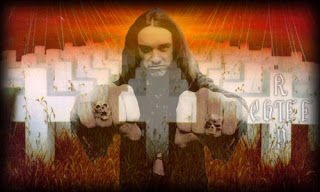 Here are some facts about the great Cliff Burton:

- His musical career began at a young age when his father introduced him to classical music.

- The first instrument that Cliff learned was the piano. After many years of playing the piano, Cliff discovered Rock and eventually Heavy Metal.

- When he was only 13 years old his brother died in a tragic accident, this inspired Cliff to start playing the bass guitar. His parents quoted him saying: "I'm going to be the best bassist for my brother."

- In order to make his brother proud, Cliff would practice up to 6 hours a day, which didn't stop after he joined Metallica. Many say that Cliff's style was fundamental in the rise of Metallica to Heavy Metal stardom, here are some facts about Cliff Burton:

- Classical music and Jazz were instrumental in the development of Cliff as a musician, other influences of Cliff were Southern Rock, Country Music and Blues.

- The artists that influenced Cliff as a bass player were: Geezer Butler of Black Sabbath/Heaven and Hell, Blue Öyster Cult, Misfits, John Deacon of Queen, Phil Lynott of Thin Lizzy, and Geddy Lee of Rush.

- This is Cliff's discography, as you will see he was part of the best Metallica albums ever, which are also some of the best Heavy Metal records of all time: 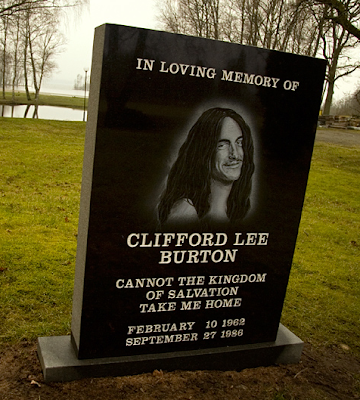 They say that only the good die young; this is definitely the case when it comes to Cliff Burton, who died in September 27, 1986 on a fatal bus crash in Sweden while Metallica was on tour in support of their classic record "Master Of Puppets". Today would have been Cliff Burton's 49th birthday. Wherever Cliff is, we are sure he is jamming and keeping the spirit of Heavy Music alive. \m/

Related links:
Official Site of Metallica
Brought to you by HornsUpRocks.com at 11:38 AM