No Remission "Through Blackened Skies" 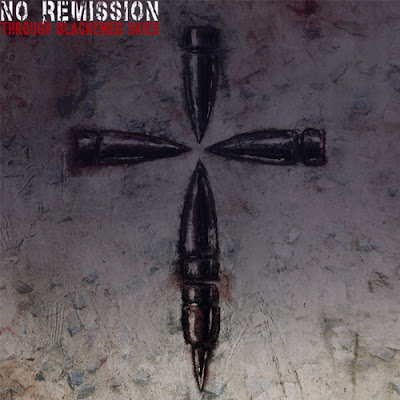 In the last year we have come across a lot of up and coming bands, and for the most part we have noticed that the quality of the music is pretty damn decent. But once in a while we come across a band that lives and breaths Heavy Music, and that are focused on getting their music to a new level of confidence and power through good hard hitting well though-out songs! We recently got the chance to listen to the newest record by upstate New Yorkeans No Remission, titled "Through Blackened Skies", and our ears headbanged from the first until the very last one. Then we had to spin the record again and again, because it is that good!

Combining elements of Heavy Metal and Hardcore, No Remission delivers a brutal sonic assault that is combined to perfection with different harmonic elements such as flamenco style acoustic guitar sounds. "Through Blackened Skies" was produced by Billy Graziadei (Biohazard, Suicide City, Blood For Blood), who definitely captured the power behind No Remission in a very organic way. One thing that stands out from this record is that you can tell that is not overproduced with Pro Tools tricks, which is refreshing in times when so many records are way overproduced. If you want to listen to an original band that has a raw, energetic, well polished sound. No Remission will make your ears very happy! 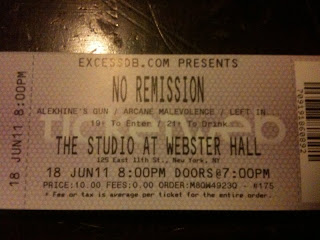 Here is the Official event flier: 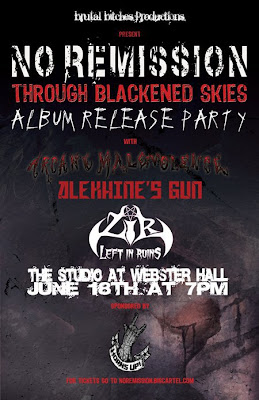