As previously reported, SOUNDGARDEN have a NEW album coming out this fall! According to The Pulse Of Radio, a NEW SOUNDGARDEN song called "Been Away Too Long" will be be released to Rock radio stations all over the nation this coming Wednesday (September 19). The track is the first official single from 'King Animal'.

The name of the record is 'King Animal', SOUNDGARDEN's first all-NEW album in 16 years, will be released on November 13 via the Universal Republic label. 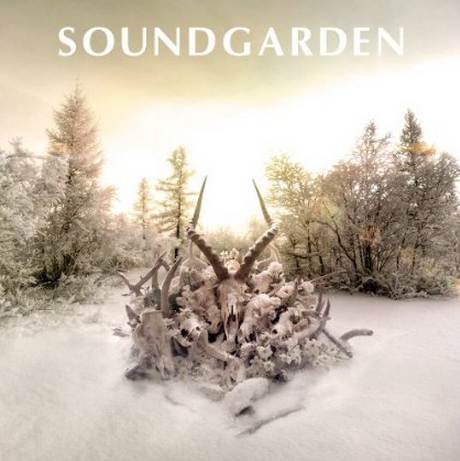 Here is the official trailer for 'King Animal':

Rolling Stone recently conducted an interview with guitarist Kim Thayil, here is what he had to say about the bands upcoming album:

"It re-establishes that we still rock, we're still heavy, and we're still a little weird."

Related links:
Soungarden's Official Site
Brought to you by HornsUpRocks.com at 12:32 PM