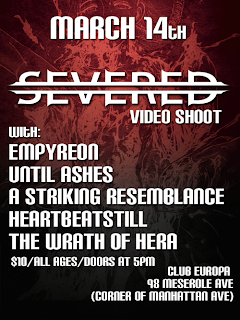 On Sunday March 14th 2010, Horns Up Rocks joined hundreds of rockers over at Club Europa in Brooklyn, to witness the video shoot of New York's SEVERED! The video was shot for their song "A Better Way". I had completely forgotten about this event since I was out of it that entire weekend, but good ol' Facebook reminded me. It's amazing how lazy we all became thanks to the internet. The night was packed with great bands, great people and plenty of booze! It was a "New York Raging 101" type of night.

I got their early since I wanted to catch all the bands, so I could write a kick ass article for all of you to enjoy. The first band that played was A Striking Resemblance who managed to warm the crowd up by playing a decent. Next up was Heart Beats Still from Queens; the band possesses a perfect blend of Heavy Metal and New York Hard Core. As soon as they got on stage they where ready to scream and jam their heads off! After a few songs I recognized their lead singer Mike because of his chaotic display of vocal power. Mike and I had met many years ago in Queens at a rehearsal of his previous band. It's always cool when music brings people together. Mike is a very outgoing guy with a lot to say and always manages to insult people with respect. Makes no sense? Check the ROCKAST out and you might figure him out. And since music speaks louder than words, especially Heavy Music! We threw in some of their songs for all of you to enjoy! 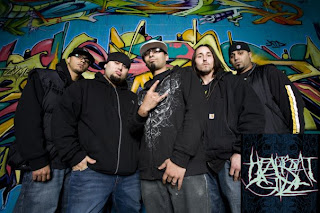 The next band up was The Wrath of Hera who played some nasty Grind Core and touched on a lot of explicit themes. They definitely enjoyed pushing the envelope and made a few of us laugh at their antics. As the night progressed the crowd was getting rowdy, Horns Up Rocks was backstage and it was a rager! Once Until Ashes and Empyreon finished their killer sets, the crowd was getting anxious to see Severed. Why? Let me tell you about Severed.

Severed is one of the bands in New York that is raising the flag of New York Metal high up in the air. Their music is well thought crushing heaviness, combined with some melodies a la Swedish Metal. As soon as Severed got on stage the crowd went nuts, the pit erupted and Club Europa was jumping up and down. Oh, there was also a dude break-dancing in the middle of the circle pit. We will have some video up of that night real soon on the “Horns Up Eye” You Tube channel. 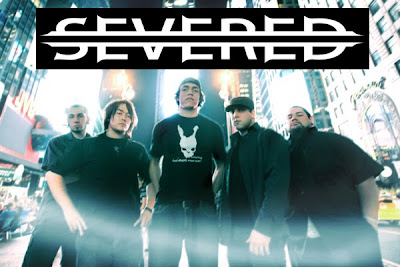 After a few songs crushed all our ear drums, some unnecessary drama almost ruined the night for some of us. All of a sudden this dude is getting on some girls faces. I have no idea what went down that caused this dude to erupt at these young girls. But a MAN must never harass or touch a woman aggressively, regardless of what the situation is. As soon as I saw this I got in front of the girls and calmed them down, he also mellowed out for a second.

Then he comes back to continue harassing them and one of the girls started crying. Thanks to this dude who can't control his drinking, some of us lost sight for a couple of minutes of the madness Severed was displaying on stage. So I go to try to talk some sense into the guy, I tell him: "Fight anyone you want, but not a girl!" He just looked at me pissed off, but I wasn't scared at all. I was born and raised in Colombia during the most dangerous era, so he had no impact on me no matter how tough he looked.

All of a sudden since he sees that I am not reacting to his cowardliness, he pushes me towards the girls. I grab him as I am falling so he wouldn't hit the girls, he falls too and security shuffles him out of the venue. Here is some advice to all of you out there: if you are going drink to lose control, stay home and lose control by yourself, don't ruin other peoples nights just because you can't control your own addictions.

Once the drama was kicked out of the door, the focus was back on Severed. Once Severed completed their furious set, the crowd immediately started chanting: "One more song!" Their lead singer Christian replied with a simple: "OK!" On the last song the crowd went wild and if you take a look at the Video teaser for "A Better Way", you will get an idea of what I am talking about. You can also check out the Severed photo gallery.

With bands like Severed and Heart Beats Still, New York Metal is in good hands!

We will post the interview with Christian soon, for now you can listen to it right here.

Here is the trailer for Severed's "A Better Way". You can expect to see the video very soon and you can expect Horns Up Rocks to have it on the site for your viewing pleasure. 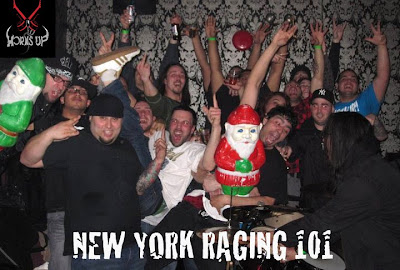