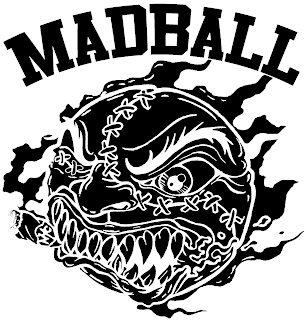 New York Hardcore legends Madball have released drummer Jay Weinberg in the middle of their tour in Canada. Apparently Weinberg, did not fit into the lifestyle that the band represents. When we saw them at the Black N Blue Bowl earlier this year, he did seem to be out of place. Here is the official statement from Madball's front-man Freddy Cricien:

"I'm letting Jay go in Canada because I just feel he doesn't represent this band well on a character level. It would go against my own code of ethics to keep him around. Not saying he's a bad drummer. I won't take that away from him. But the reality is - he has a lot to learn about paying dues, and about life in general. Granted, he is a kid, but I'm not sure that he'll ever be built for this particular lifestyle. I wish him the best of luck, but the MADBALL machine rolls on!"

Madball who are on tour with Comeback Kid on the "Through The Noise Tour", will continue the tour with a replacement drummer (who will be announced soon). The bands future plans, which include a European tour with NYHC legends Sick Of It All, and the release of their new album titled "Empire" (due October 12th), will remain on schedule.

Here is the title track for their upcoming album "Empire"!

REMAINING “THROUGH THE NOISE TOUR” DATES

IMPRINTED by Jo Schüftan (Founder of Horns Up Rocks)
Brought to you by HornsUpRocks.com at 12:20 PM