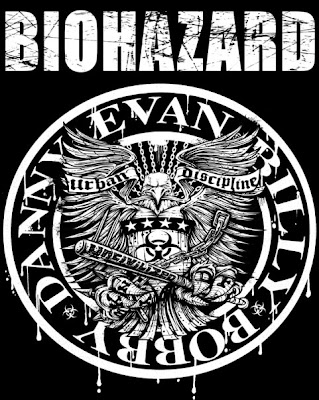 When a Heavy Music fan sees the Biohazard logo at a doctor's office or medical laboratory, the first thing that comes to mind is Brooklyn based Hardcore legends BIOHAZARD. Established in 1987 in Brooklyn, when Hardcore music was at a pivotal point. The Brooklyn based band took Hardcore music to another level, and added a new flavor to the ever changing genre. Not only did every song have attitude and power, but it also had that urban feel that makes New York Hardcore such a unique musical style. Biohazard was one of the first bands to perfectly blend Hardcore Punk, Heavy Metal and Hip Hop.

While the band has had its ups and downs, including a few lineup changes, today they stand tall and strong. Their original lineup is back together, and after experiencing Biohazard live at Irving Plaza in New York City in 2008 and at The Crazy Donkey in Long Island in 2009, the 4 man have not lost the fire that got them worldwide recognition. We are of course talking about Evan Seinfeld (Vocals/Bass), Billy Graziadei and Bobby Hambel (Guitars), and Danny Schuler (Drums). 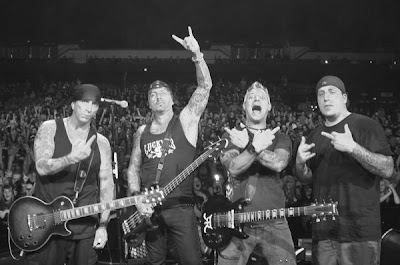 As soon as Biohazard gets on stage nobody is safe, this Hardcore veterans can wake the dead up with their energetic display of musical fury. While their message has changed throughout the years, their power has remained intact. In our opinion, the break they took worked in their favor because now they are at a different phase, and we are pretty sure that their upcoming release is going to be one of the best records of 2011. 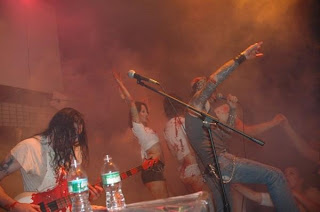 Here are some interesting facts about Biohazard:

- Biohazard was formed in 1987 in the Bensonhurst neighborhood of Brooklyn.

- Their first demo was released in 1988, and the media immediately took notice, since they felt that the lyrics displayed fascist and white supremacist views, even though Evan Seinfeld is Jewish.

- The band was accused of promoting racism through their music, and after denying this for years, Seinfeld and Graziadei explained that it was a publicity stunt to win over Carnivore’s fans. Eventually, they stopped playing the controversial songs. From that moment on the band started to transmit a message of tolerance and anti-racism.

- While Biohazard has never considered themselves a Hardcore band, they became a key asset of the New York Hardcore scene. During the CBGB’s days, they often shared the stage with NYHC titans Cro-Mags and Agnostic Front.

- In the past many clubs have refused to let Biohazard play, since they are afraid that the show will be too violent. As a result, bands like Mucky Pup would sneak them on stage to perform a few songs before their set.

IMPRINTED by Jo Schüftan (Founder of Horns Up Rocks)
Brought to you by HornsUpRocks.com at 10:35 AM