MTV Responds To Allegations That 'Headbangers Ball' Is Being Cancelled - Statement Available! 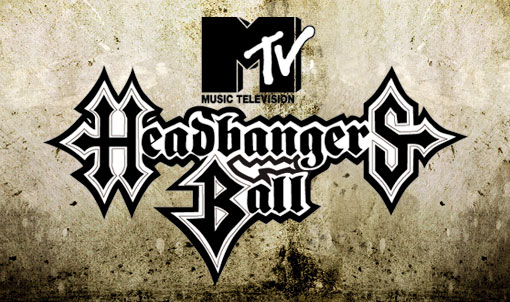 As previously reported, Jose Mangin (Sirius XM) exclusively told us that the folks behind MTV2.com are shutting down Headbangers Ball for good. In response, MTV released the following statement to SPIN:

"MTV is committed to the 'Headbangers Ball' franchise and can confirm that it will continue as an online destination with its hub remaining on MTV2.com. The company's deal with Jose Mangin has concluded. However, MTV will continue to program a weekly playlist for fans of the genre."

Our guess is that they will have music video playlists on their online platform. Isn't that what YouTube is for?

Thankfully, Jose has announced the formation of Hard Attack TV! Hard Attack TV will take Jose's vision to a whole new level of confidence and power! While it will pick up from where HIS Headbangers Ball was left off, Hard Attack TV will offer viewers all over the world a variety of super fresh programming. What type of programming? Well, here is an exclusive interview we conducted with Jose at the recent PHILM show at Dingbatz in Clifton, New Jersey, where Jose spills it all out. Check it out and spread the word!

Related links:
HEADBANGERS BALL
LIQUID METAL
Brought to you by HornsUpRocks.com at 3:42 PM