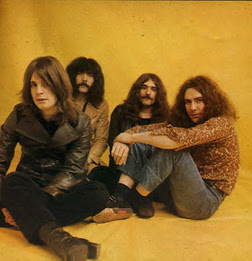 As previously reported, BLACK SABBATH have written 15 NEW songs since reuniting last year. But the big question is how far along are they with the recording process, specially as guitar legend Tony Iommi battles with cancer. Our good friend Jose Mangin from Sirius XM is currently in Los Angeles, California, gathering some audio clips for Ozzy's Sirius XM channel "Ozzy's Boneyard". Those clips will start airing this week on Channel 38 (Sirius XM).

Here are a few updates about the NEW BLACK SABBATH album:

- Ozzy Osbourne is currently in the studio recording vocals with Rick Rubin.

- 15 songs that have been written.

- Geezer Butler says the NEW record will contain 12 songs, with the remaining 3 being included as bonus tracks on special editions of the record. Geezer is also in charge of writing all the lyrics.

- Tony Iommi recorded all 15 guitar tracks during the band's sessions in England earlier this year.

- Ozzy and Geezer are working in five song increments, with the first five being worked on currently.

- One song title has been confirmed and it's "God Is Dead."

- According to Ozzy, Tony Iommi is in good spirits and his recovery from Cancer is progressing smoothly.

Stay tuned for more information about the mighty SABBATH!