Sweden's DARK FUNERAL Post End Of The Year Message In Anticipation Of Their 20th Anniversary! 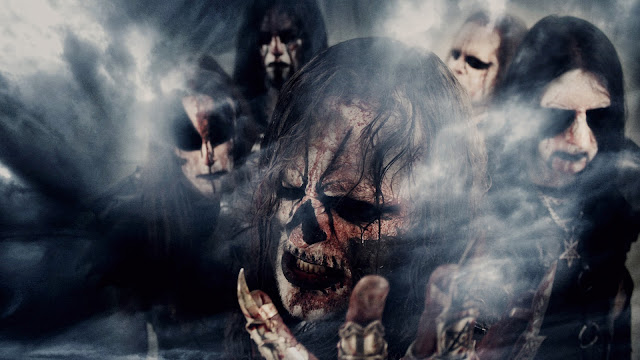 DARK FUNERAL will be celebrating their 20th anniversary of extreme Metal activity in 2013. In anticipation of what will be a very busy year for the Swedish Metallers, the band has posted the following end of the year message via their Facebook page:

"We, Dark Funeral, would like to thank each & everyone of you for the tremendous support you have given us during 2012. It's been an amazing year! And we are truly honored to have such a great legion of dedicated fans & supporters worldwide, thank you!

"2013 marks our 20th anniversary as a band. And you can be sure that we have lined up several surprises, including new and special 20th anniversary releases for you. So be sure to keep checking our website(s) to not miss out any news & announcements. 2013 will be a spectacularly dark year!

"And last but not least. A massive hail goes out to our extremely dedicated street-team! You totally rule!!!"

Related links:
Official Site of Dark Funeral
Brought to you by HornsUpRocks.com at 3:58 PM

Funeral service for death metal is dedicated to the treasures of Black Metal.