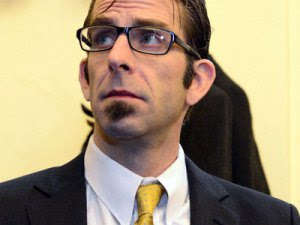 Yesterday (February 4), the State Attorney’s Office in Prague, Czech Republic, began the trial of Lamb Of God's David Randall Blythe. Blythe is being accused of manslaughter following the death of Daniel Nosek, a 19 years old fan of the band.

At the end of June 2012, Blythe was arrested, charged and remanded in custody by the Czech authorities in connection with an incident that happened during Lamb of God's previous concert in Prague two years earlier. According to the prosecution, Blythe shoved Daniel Nosek, a 19 years old fan, off stage, thus inflicting fatal wounds on him. After being released on bail, which was contended by the State Attorney, Blythe refused responsibility for Nosek's death and pledged to return to attend the trial.

Today (February 5), Randy questioned several Lamb of God fans who testified during day two of his manslaughter trial. Eight people who attended that concert delivered testimony in court Tuesday, according to Prague Post reporter Jonathan Crane who is helping cover the trial for WTVR.com.

Some of the people who testified Tuesday were friends of Nosek. Others were friends of Milan Poranek, a concert goer who Blythe admitted to pushing off the stage during the same show. While all of Nosek’s friends said Blythe pushed Nosek off the stage, their versions of the events of that night included some slight contradictions.

One of Nosek’s friends said Blythe was off of the stage when Nosek climbed up and that the singer ran from backstage to push the fan off. Other witnesses did not mention that.

Many of the witnesses struggled to recall the events of that concert nearly three years ago, Crane said. 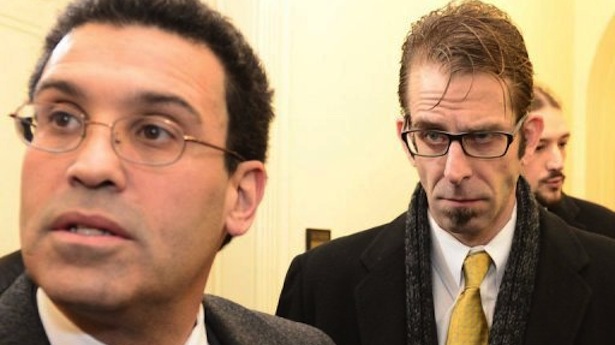 During the testimony Blythe challenged one witness who claimed “several incidents” happened in the first half of the show, Crane said. Blythe argued video evidence shown in court refutes that claim.

The trial is set to last until the end of the week. If found guilty of his charge, Blythe could face up to 10 years in prison. Nosek’s family are also seeking 10 million Kč ($530,000) in damages.

Blythe has been adamant since he was released on bail that if he was required to return to the Czech Republic to stand trial he would do so.

He previously stated: “I want my name cleared. I have to go around the world and tour, you know. That’s what I do. I’m not going to hide here. I’m an innocent man. I’m going to go to court and see what happens.”

Here are some audio reports from WVTR regarding today's trial:


We will definitely keep you posted on Randy's trial. Please keep him in your thoughts!

Related links:
Lamb Of God's Official Site
Brought to you by HornsUpRocks.com at 6:31 PM

Wow thats a bunch of bs and drama trying to rob your son's favorite music artist. What would he think regardless of the result being his death? I believe that it was a total accident and the family is attempting to take advantage of the situation and not to mention imprison an innocent man for ten years. Where is the honesty in all of this this? Resting firmly in David Randy Blythe's palms and with every reply. Free this man of your false litigations. Or make hastey decision and evil your choice. Either way he is innocent.