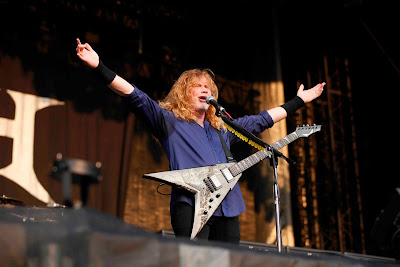 Dave Mustaine is synonymous to Heavy Music! His extensive career has been like a massive roller-coaster in which only the strong survive, and has placed him as one of the most influential icons within all of music. After having been hospitalized due to a neck injury, which was the result of a fall he had earlier this week, Mustaine still performed at the Big Four concert at Yankee Stadium with the same power that he always delivers to his diehard fans. Now, that's Metal! 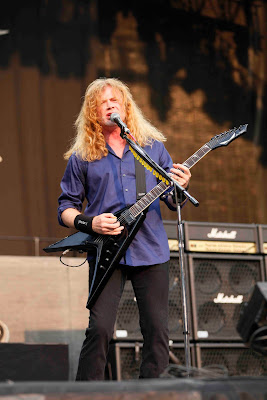 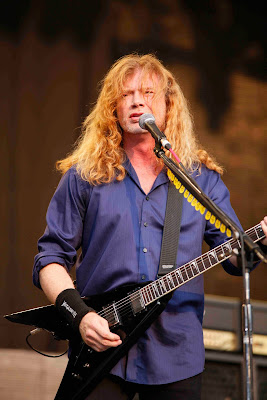 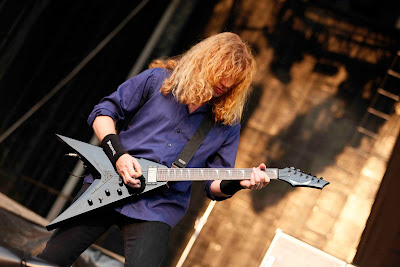 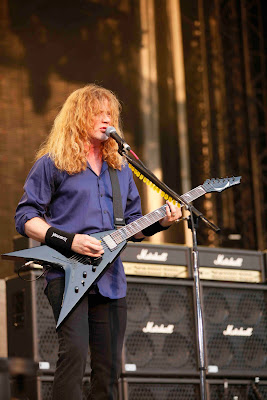 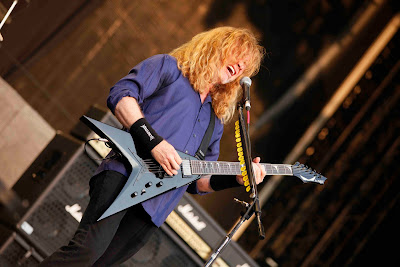 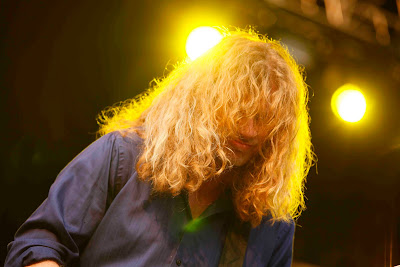 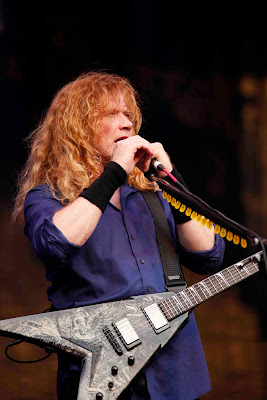 Related links:
The Big 4
The Big Four Festival
Megadeth
Slayer
Metallica
Anthrax
Brought to you by HornsUpRocks.com at 2:03 PM